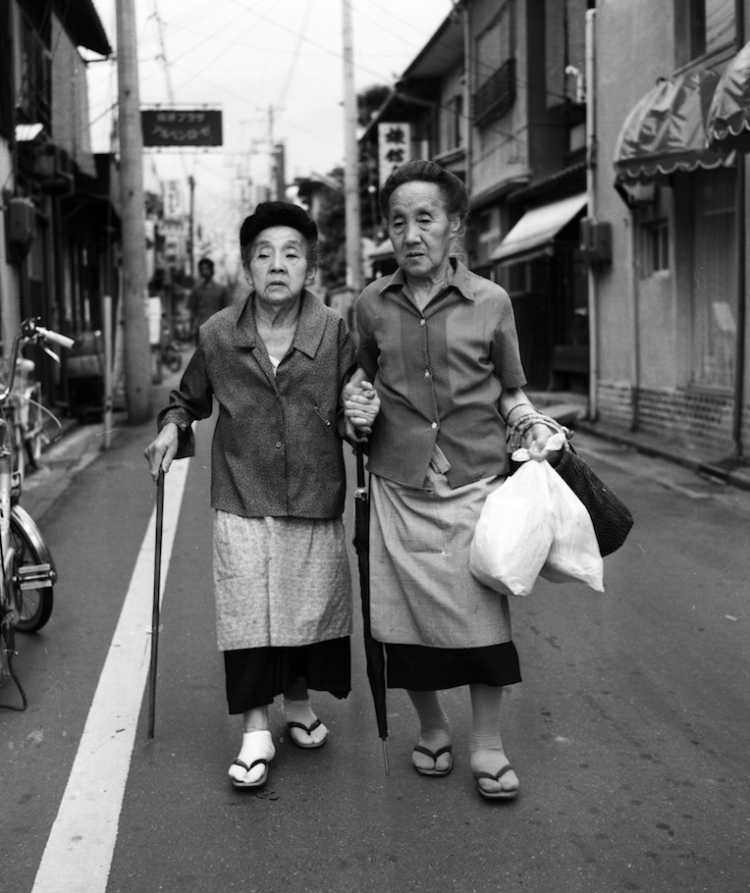 This autumn Japan Museum Sieboldhuis will present the exhibition ‘People of Kyoto.  Photos by Kai Fusayoshi’. The exhibition will showcase the extraordinary people of Kyoto in a collection of over 150 black and white photos in the intimate setting of this famous metropolis.

Kai Fusayoshi (1949) was born in Oita in southern Japan.  His interest in photography began when, at the age of eleven, his sister gave him a camera.  He has lived in the former Imperial capital of Kyoto since he was a student and for over 4 decades has taken thousands of photographs of this fascinating city and its inhabitants. Fusayoshi is a well known figure in Japan, his works have been exhibited on numerous occasions, he has featured in several documentaries and his photos are used in (school) books and newspapers.

This is his first exhibition in the Netherlands. This exhibition is a selection of his works and consists of 150 photos and images of the city.  The camera zooms in on the inhabitants of an area north of the Imperial Palace, and like a modern-day Siebold, Kai was taken by the beauty and charm of every-day Kyoto.

The city is the backdrop in all of the photos, whether it be children playing in a playground, elderly ladies shopping or a child peeking around a shop door.   All are unique and each have a story to tell. These photos are touching, humorous, intriguing, captivating and stirring and they have one thing in common – they tell the story of the People of Kyoto.

The exhibition was compiled by guest curator, Japanologist and friend of Kai Fusayoshi, Dick Stegewerns.