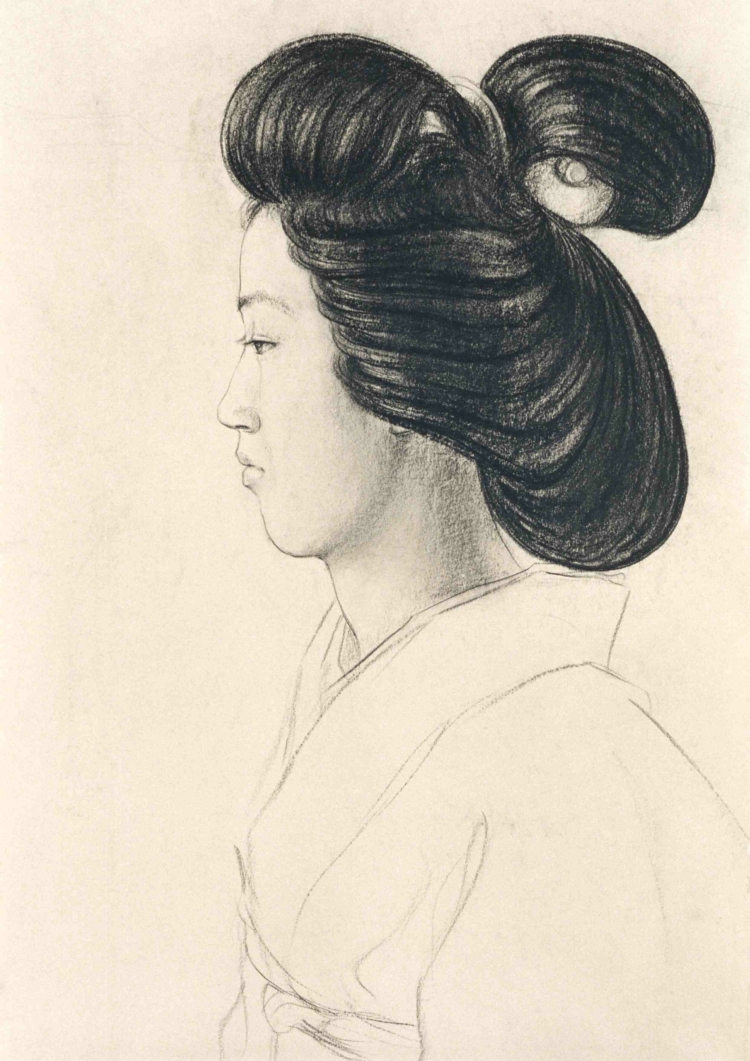 Simultaneously with the exhibition “The String of Compassion’, Louis Couperus and Japan” a small exhibition of Japanese portraits by Lily Eversdijk Smulders, along with some of her personal belongings, will be held in the Japan Museum SieboldHuis.Both Louis Couperus (1863-1923) and Lily Eversdijk Smulders (1903-1994) were extremely well travelled, and both spent a long time in pre-war Japan from spring into fall; Couperus in 1922, Lily fifteen years later.

For over forty years, Lily Eversdijk Smulders travelled the world to make portraits of people; her goal was to capture the tremendous variety of world inhabitants on paper. In 1937 Lily stayed in Japan for half a year.

After a ten day journey on a cargo ship from Surabaya, Lily stepped onto dry land in Kobe and started a tour of the large island of Honshū, to admire the famous temples and palaces. She lived in Tokyo for several months, in the same apartment building as the director of the Munich painting academy, who had several portraits commissioned by well-to-do Japanese families in the city. He would now and then give Lily a free lesson, and let her participate when he was giving drawing lessons to Japanese girls.

Lily joined the ‘Nippon Bunka Renmei’, the Japanese Cultural Society, where foreigners could take a variety of courses. She also delved into the history of Japan and had lessons in traditional Japanese painting from an unknown master.

In the summer, when it became too hot in Tokyo, Lily stayed two weeks at the foot of Mount Fuji, sketching mainly children. The Japanese authorities became suspicious and arrested her on her return to Tokyo, thinking she was a spy. After a thorough investigation she was released, and she decided not to stay much longer in Japan. In October 1937 she left the country.