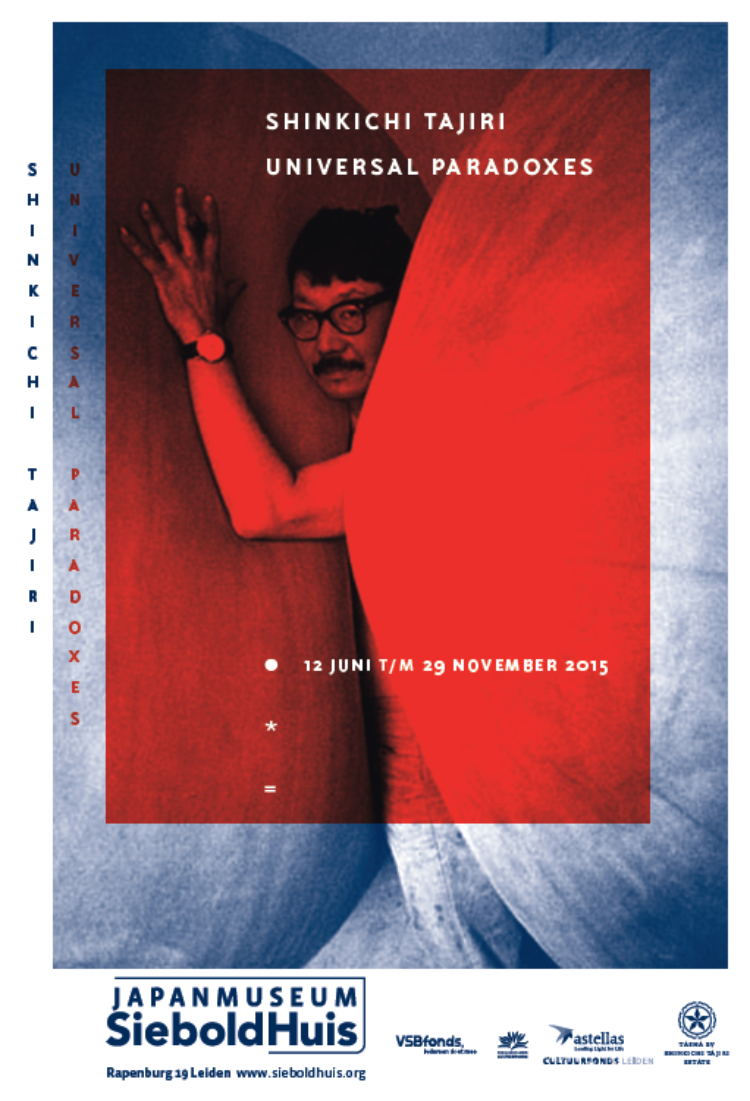 From 12 June until 29 November 2015 Japanmuseum SieboldHuis is dedicated to the versatile artist Shinkichi Tajiri. The exhibition ‘Shinkichi Tajiri: Universal Paradoxes' comprises about 50 sculptures and sketches, drawings, films, photographs and personal documents from the artist in all of his disciplines. Shinkichi Tajiri (1923-2009) is regarded as one of the most innovative of the Dutch post-war sculptors and belonged to the Cobra movement.

Tajiri's life experiences played an important role in his art. He was the son of Japanese parents, born in the United States and spent time in France and Germany before finally settling in the Netherlands. As a world citizen he lived with paradoxes, this was reflected in his work as a sculptor, photographer, graphic artist, painter and craftsman. How did his international life, immersed in other cultures influence his creativity?  Japanmuseum SieboldHuis is proud to have the assistance of Tajiri's daughters, Herman Pleij, emeritus professor of historical Dutch literature and art historian  and Tajiri scholar Helen Westgeest, each one a leading figure or expert on Tajiri to answer these questions in the exhibition. Your understanding of the dilemmas faced by Tajiri will be enhanced by the insight that the numerous and illustrative controversial quotes and film clips bring.

Using the three important themes in his work, 'Warrior, Knot, and the Berlin Wall' gives a fascinating insight into the paradoxical world of the artist. The warriors in Tajiri's work evoke associations with war and terror, but conversely also the protection and safety that warriors can bring. knots refer to an intimate entanglement; a connection that is complicated and unsolvable at the same time. And on one side the wall protects and on the other it locks the outside world out.

In common with Tajiri, Phillipp Franz von Siebold (1796 -1866) was a versatile pioneer. Both men travelled extensively and left their mark on the world . Both were fascinated by Japan even when it brought with it serious consequences for both Tajiri and Siebold. Their multicultural lives and work built a tangeable bridge between East and West.

Japanmuseum SieboldHuis has commissioned film maker and director Charlotte Ebers to make an introductory film, where the Tajiri experts have their say.There is also a book 'Shinkichi Tajiri: Universal Paradoxes’ in collaboration with Leiden University Press. This is for sale in the museum shop for €29.50. There are also in-depth lectures and a programme of activities featuring some excellent guest speakers. There are special kids activities.

Made possible thanks to the following