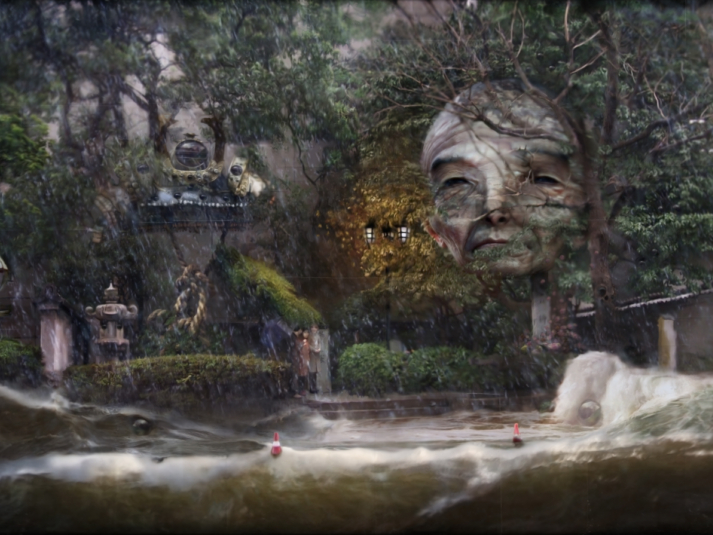 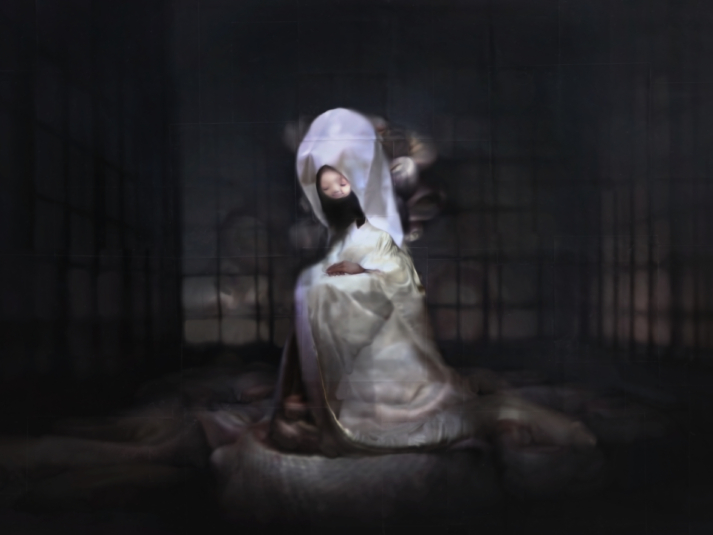 A year ago Chris Berens visited the 'Ghosts and Spirits' exhibition in Japan Museum SieboldHuis to prepare and gain inspiration for his solo exhibition in Tokyo. This Spring his successful exhibition 'NENSHA' is travelling to Leiden.

Nensha is the Japanese word for the phenomenon of capturing images from a person’s subconscious mind on film or paper. Berens researched Japanese folk stories for 'NENSHA'. He travelled to Japan looking for magical, sacred and mystical locations that he could incorporate into his paintings. Upon his return to his studio in Amsterdam, he worked on his imaginings and his thoughts and impressions. Layer by layer, his impressions grew and transformed into paintings. The works appear fantastical, but there is often an almost intangable threat lurking in the background.

He paints with ink on photographic paper, which he separates from the paper layer leaving only a plastic layer behind. He glues the layers over one another to lend them a blurry depth that is a hallmark of his work. It is an exceptional and time consuming procedure. His style lies somewhere between the Old Dutch Masters and Japanese Manga.

AVRO's Close Up will broadcast the documentary 'Chris Berens - Master of His Magical Universe' on 29 May 2014. Film makers followed him for more than a year and have produced a fascinating film about the artist, his inspiration and his complex and elaborate methods. This documentary will be screened along side his paintings in 'NENSHA'.