Kawahara Keiga, photographer without a camera 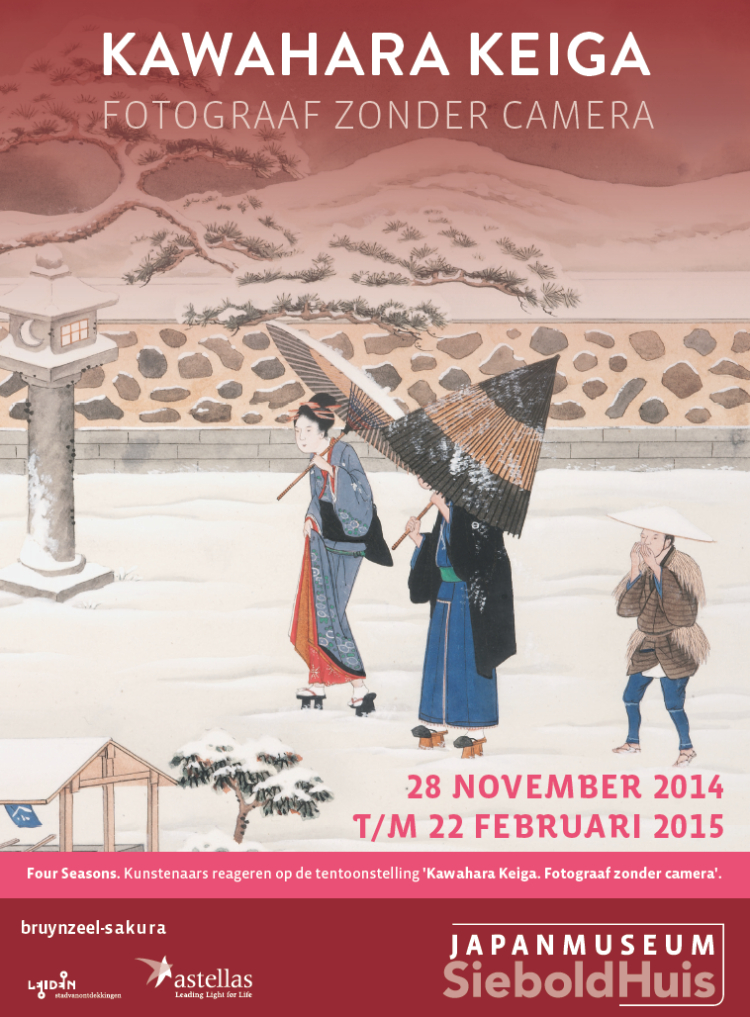 Kawahara Keiga (1786-1860?) is known as the Japanese photographer without a camera. For the first time in over 25 years an imposing selection of his greatest works will be exhibited this autumn in Japan Museum SieboldHuis and the National Museum for Ethnology in Leiden.

For over two and a half centuries, from 1638 – 1854 the Netherlands was the only European nation that had access to Japan.  In 1823, the German physician Philipp Franz von Siebold was sent to the Dutch trading post Deshima, in Nagasaki Bay. At the instruction of King Willem I, Siebold began collecting information, plants, animals, seeds and many other items of daily use.  Keiga was the only person, aside from the tradesmen and interpreters, who was given permission by the Governor of Nagasaki to be on the island and was of vital importance to the success of Siebold’s mission. Keiga produced hundreds of paintings depicting every-day life in Japan. Over 100 of Keiga’s best works will be on display in a two-part exhibition in Japan Museum SieboldHuis. The exhibition incorporates several themes including an impressive panorama of the Bay of Nagasaki, the city and island Deshima, as well as the four seasons, annual festivals and scenes from daily life, artisans and a number of works of the Hokusai Manga.

During this period the National Museum for Ethnology will exhibit paintings by Kawahara Keiga of the famous annual Court Journey he made with Sturler and Siebold in 1826 from Nagasaki to the capital Edo.