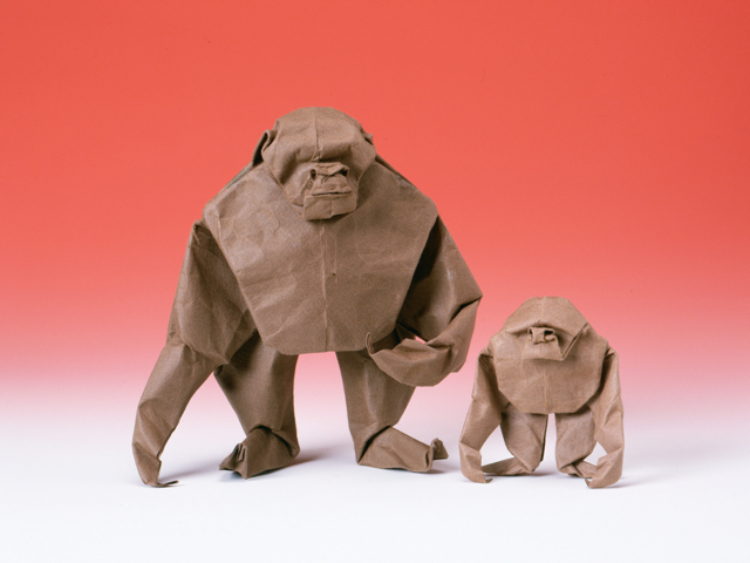 From April 30 to May 29, 2011 the Sieboldhuis is proud to present the exhibition Animal Parade. Origami by Akira Yoshizawa. Akira Yoshizawa (1911-2005) is the Grand Master of origami. He introduced the art of folding paper to a wider public, and is now known the world over for his folded (animal) figures.

More than 300 works of Yoshizawa’s origami art will be on display during the exhibition. It will be the first solo exhibition in the Netherlands since his first ever exhibition outside Japan, which was held at the Stedelijk Museum in Amsterdam in 1955. The works exhibited include a wide range of animal figures, from gorillas and seahorses to a she-wolf with Romulus and Remus, and demonstrate the unique liveliness that only Yoshizawa could bring to origami. This exhibition is being held by the SieboldHuis to mark the centenary of Akira Yoshizawa’s birth.

On the occasion of this exhibition, Mrs. Kiyo Yoshizawa will be making a special visit to the Netherlands to pass on her late husband’s techniques. On the weekend of May 7 and 8 workshops will be held for participants to learn Yoshizawa’s original techniques, including his own invention of ‘wet-folding’.