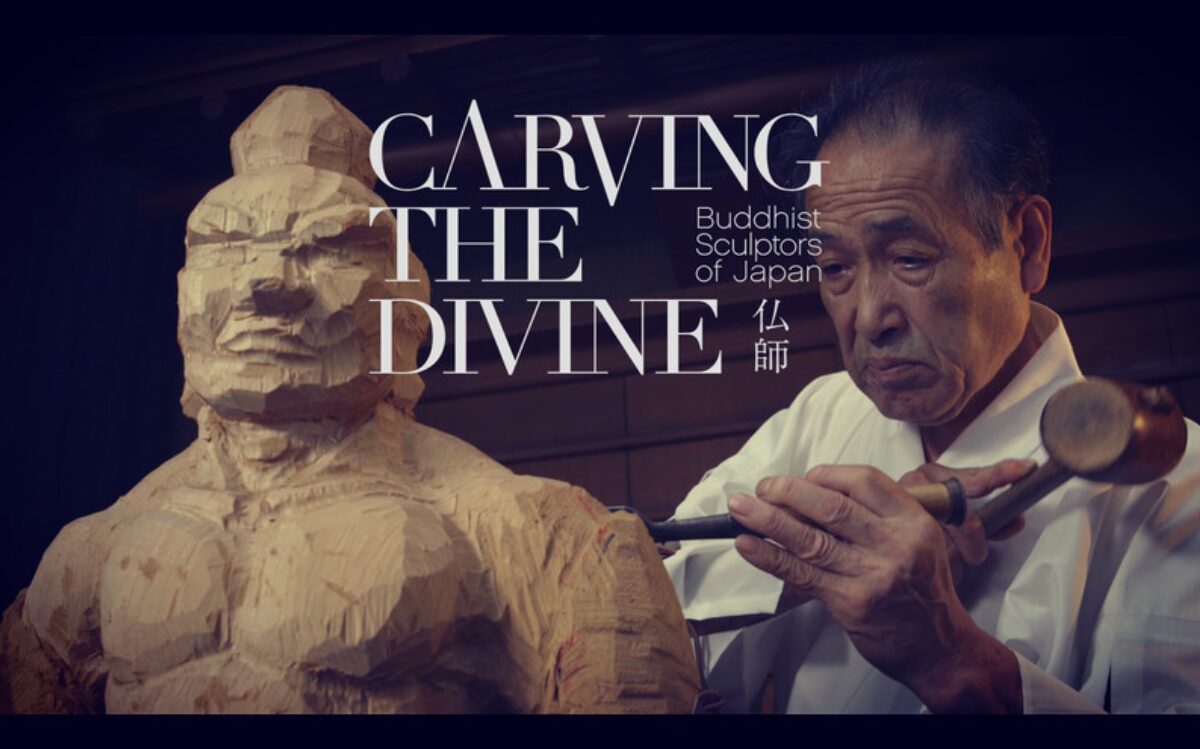 Carving the Divine offers a rare and intimate look into the life and artistic process of modern-day Busshi – practitioners of a 1400-year lineage of woodcarving that is at the heart of Japanese Mahayana Buddhism. Director Yujiro Seki will be at the event for a Q&A.

Yujiro Seki describes: “Master Seki is a pioneer in preserving and advancing the art of Busshi: not only has he taken many apprentices under his wing; he has also established a school for the Japanese public to learn the craft. I was grateful to be able to also feature one of Japan’s foremost Busshi, Kourin Saito himself. Grand Master Saito shows not only the craftsmanship, but also the passion and discipline it takes to master this demanding art form. Lastly, I was granted rare access into the life and rites of Buddhist priests, and especially those of Shigon, or ‘True Word’ Buddhism. When I explained the intention of the film, these priests granted me the honour and privilege of filming from within their alter area, a secretive space within temples that are usually off limits to anyone outside the priestly class.”

On Wednesday 11 March we will also show the short artistic film Table #6 by Daan Simons and Fernando Gonzales about the making of a table using Japanese techniques.